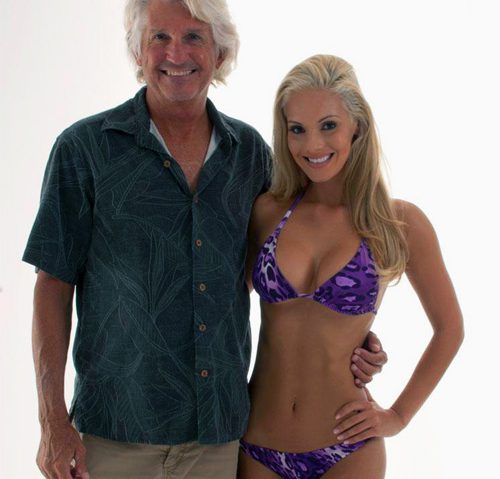 SKINZ® was founded in 1986 by partners Jamie Strother and Paul Polgar. Skinz® was formed to manufacture and sell Lycra®/spandex shorts to surfers and windsurfers. Based in Clearwater, Florida and hiring all US workers the company used its scraps to begin making swimwear for men and women. The 1990’s saw the explosion of aerobics classes and aerobics fashion was born.  Remember Jamie Lee Curtis and John Travolta in Perfect. The company branched into gym wear for aerobics classes and created thong leotards for both professionals and celebrities. SKINZ swimwear and aerobic wear was worn and modeled by Cory Everson, 6X Ms. Olympia. Miss USA Courtney Gibbs was featured on the cover of FITNESS in April 1991. In the early 90’s SKINZ® apparel was featured in the New York Times Magazine, Throttle, Wind Surfing, Swimsuit International, Speedskating Times, Windrider, and Activewear Business

By 1993 SKINZ® was offering a full line of men’s and women’s swimwear.  In 1996, the company became one of the very first to sell swimsuits on-line.  Paul Polgar became the sole owner of SKINZ® in 1994. By 2009, SKINZ® was selling in over 28 countries, truly becoming a world leader in the design and manufacture of sexy swimwear for men and women.

The SKINZ® website offers a unique custom service. The Swimsuit Design Center allowing customers to “try on” hundreds of combinations of swimsuits and create one made expressly for them. SKINZ® truly allows customers to “have it their way.” The privately held company inventories over 200 fabrics and maintains over 400 styles (past and present) allowing customers to easily order “stock” items as well as “special order” products.